For yet another year the well-known US publication Wine Spectator has assigned the Eguren family’s wines top scores. Alabaster 2014 leads the ranking, with 96 points. This wine, featuring pre-phylloxera vines and produced by the Teso La Monja winery, located in the Zamora town of Valdefinjas, has received a new recognition not only for the winery, but for the Toro D.O. It is a magnificent, harmonious and bold wine, according to Wine Spectator.

It is closely followed, with 93 points, by Finca El Bosque 2014, from the Viñedos Sierra Cantabria (DOCa Rioja), a wine from a single plot and de-stemmed by hand, one by one. Finca El Bosque is a 1.48-hectare vineyard located in the La Rioja locality of San Vicente de la Sonsierra, planted in 1973 with the Tempranillo variety and giving rise to a wine that is “full, and expressive and of a smooth complexity,” according to Marcos Eguren.

With 92 points we find Almirez 2015 (Toro D.O.), a strong yet balanced wine in a modern style, according to Wine Spectator, and Sant Vicente 2013 (Rioja DOCa), featuring a unique and almost extinct variety: the Tempranillo Peludo.

The Eguren family’s wine-growing project in La Rioja and Toro aims to produce wines evoking the special character of the winery, defined by its versatility and pronounced identity. Marcos and Miguel Eguren, along with their father Guillermo and the new generation, represented by Eduardo Eguren, have striven for excellence in the care they have shown the vineyard and their great respect for the fruit in its cellars, to turn out wines qualifying as new classics; wines that endure over time, fusing fruit, potency and structure with elegance, freshness and subtlety.

Five generations of winemakers, their roots in San Vicente de la Sonsierra, have woven a long story of complicity between man and vineyard, drawing out all the potential of a unique variety, Tempranillo, going to every length necessary to transmit its expressiveness through a set of exceptional wines of the highest purity and identification with the terroir. Marcos Eguren, handling the oenological work, and Miguel Eguren, in management, head up a wine-growing project dedicated to a quest for wines that evoke the vineyard, of a great versatility and pronounced personality. Guillermo, the father of the current generation holding the wine group’s reins, considers himself, above all, a collector of vineyards. And his sons have understood this role, with their philosophy firmly grounded in excellent care for the vineyard and the utmost respect for the winery’s fruit, to produce wines constituting new classics. Wines that endure over time, combining fruit, strength and structure with elegance, freshness and subtlety. 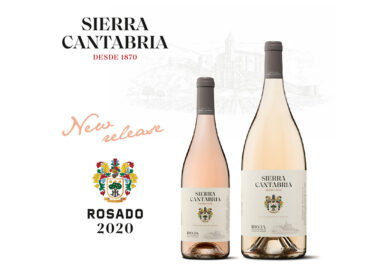