This has been a year filled with success and acknowledgement of the Eguren family’s work in the wine sector. This week we have received scores from another two nationally and internationally renowned guides, Guía Gourmets and Vivir el Vino.

The wine made it into the Magnificent 11, chosen by the selection panel of Vivir el Vino, led by Raúl Serrano, from among 1,600 samples, taking into account strict criteria.

Alabaster comes from pre-phylloxera vines, that are almost 130 years old, belonging to the Teso La Monja vineyard, with Denomination of Origin Toro, situated in the town of Valdefinjas near Zamora, of which a little over 4,000 bottles are produced. 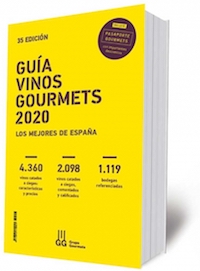 This year 20 wines received the score of 99/100 points (the maximum score allowed by the Guide), among which were three of the wines from the Sierra Cantabria Wineries and Vineyards: Sierra Cantabria CVC Segunda Edición (second edition) (DOC La Rioja), Teso La Monja 2015 and Alabaster 2017 (DO Toro).

`Sierra Cantabria CVC Segunda Edición´ is one of our most exclusive projects in La Rioja, with a very limited production (2,000 bottles); it represents tradition combined with the authenticity of a vineyard. From the 1.49 hectare ‘San Pelayo’ vineyard, situated in San Vicente de la Sonsierra, Sierra Cantabria CVC Segunda Edición is a union of three vintages, 2006, 2008 and 2011, with an average ageing time of almost 8 years.

Both the first and second edition of this wine have been awarded with the guide’s top score, 99 points.

‘Teso La Monja 2015’ has once again won an award and finds itself again in the ‘99 League’. This wine has become a star in the world of wine, chosen because of its special characteristics. It is the third time that it has been chosen to be part of this select club, with 99 points, having previously had the honour with its 2009 and 2012 vintages.

‘Alabaster 2017’. This is the fourth time that Alabaster has been awarded 99 points, to become part of the ‘99 League’. A decade has already passed since the first time it was awarded this honour, with its 2007 vintage, going on to repeat the experience again in 2010 and 2012.

THE BEST OF THE GUÍA GOURMETS GUIDE 2020

Five generations of winegrowers, with roots in San Vicente de la Sonsierra, have woven a long history of mutual understanding between man and vine, to extract the virtues of a unique variety, the Tempranillo, applying all of the necessary efforts to capture its expressiveness in exceptional wines of the utmost purity and rooted in the terroir.

Marcos Eguren, at the head of the winegrowing side of the business, and Miguel Eguren, who manages as the President of the Group, are leading a project to search for wines that evoke the vineyard, with a lot of versatility and personality. Guillermo, father of the current generation that now holds the reins of the winery group, considers himself above all to be a collector of vineyards. And that is the message received by his sons, who have done an excellent job at looking after the vineyards, showing maximum respect for the fruit in the winery, with their philosophy for obtaining wines that have become modern day classics: wines that stand the test of time, that combine fruit, potency and structure with elegance, freshness and subtlety. 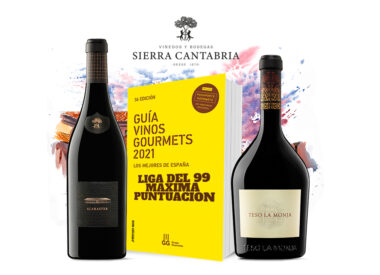 Fifteen wines awarded more than 90 points by Guía Peñín 2021, six of which are on the podium for scores over 95 points